Additionally the browser is started with the UI5 boilderplate: 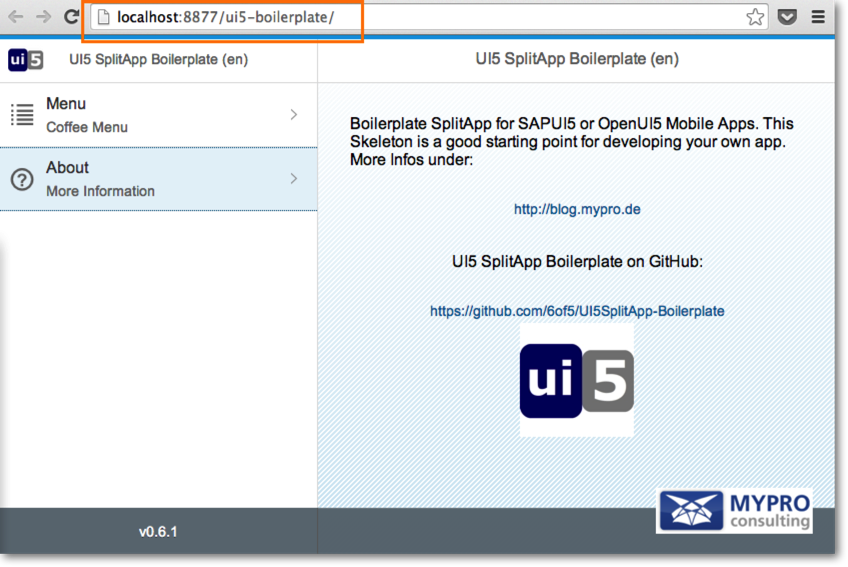 With CTRL + C the dev server can be stopped.

Before you can use this you have to execute some one time setup tasks:

We assume you have node.js installed. Then you have to execute to following code in the command line/terminal. The first line will install globally the grunt command line tool. Probably you need to use sudo or have Administrator rights to execute. All this has to be done only once:

This will install the Grunt command line tool and all necessary components (folder node_modules) to run the dev server.

Stay tuned on the UI5 Boilerplate Wiki Page (powered by 6of5 Wiki Engine)!